LEARN MORE ABOUT THE HISTORY OF STEEL DRUMS, AND HOW PANYARD CAME TO BE

Panyard, Inc. was formally incorporated in 1990. The roots of the company go back several years before that. Ron Kerns, Panyard’s CEO, founder and owner, spent years in Trinidad, honing his pan-playing skills and learning more about the history of culture of the area.

As he tells it, he was hooked from the moment he first heard a steel band.

Since then, Panyard has sold thousands of steel drums to customers all over the world. After initially outsourcing the production of the steel drums, they now manufacture them in Akron, Ohio.

With a passion for global music and a commitment to excellence, Panyard is ready to bring the sounds and culture of Trinidad to the rest of the world.

Here at Panyard, we honor and respect the culture that brought us this energetic, uplifting music.

The founders of Panyard, Ron Kerns and Shelly Irvine, spent years traveling back and forth to Trinidad to record pan music and transcribe it. That resulted in lots of learning, and lots of shared musical heritage.

In an effort to bring the joy of pan to a global audience, Panyard moved from selling sheet music and accessories to manufacturing and selling actual steel drums. 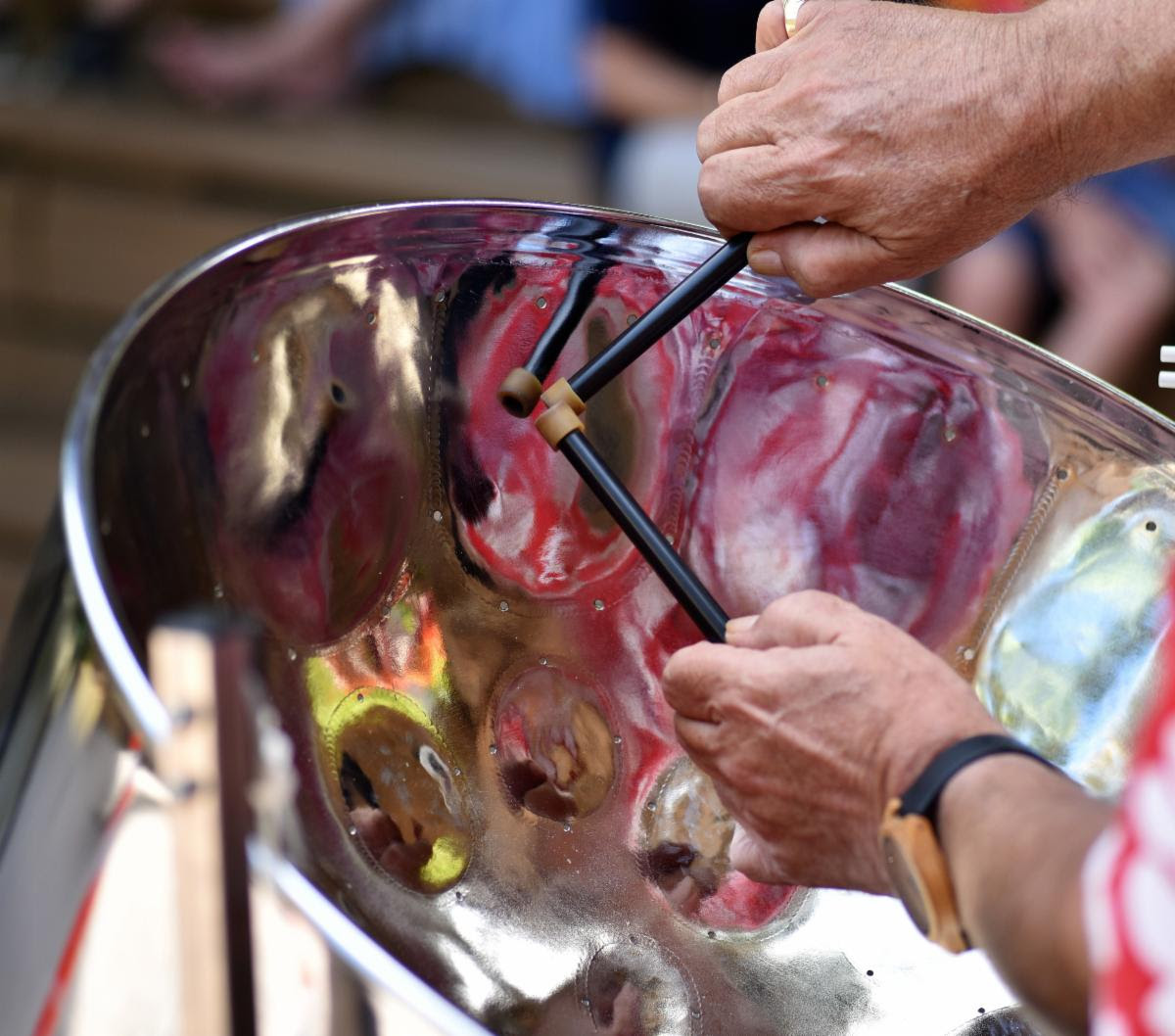 Our Customers Love Us

Where did the steel drum originate?

The history of steel drums — also called steelpan, steel pan or just “pan” — is complex. They were invented in Trinidad in the 1930s as a response to Colonial regulations imposed by the British. Drawing on the centuries-old tradition of African drums, Trinidadians fashioned drums out of actual steel barrels, or drums, after the British government banned the playing of drums in the late 1800s.

Why did they ban them? Well… that’s where it gets heavy. See, the people of Trinidad and Tobago are multicultural, but not by choice. While they were colonized by multiple countries (and pirates) over the centuries, let’s look at the mid- 17th century, when there were about 1,500 Europeans living there, along with their 7,000 African slaves.

You can imagine there was some tension. By the late 18th century, most of the people were either of French origin, African slaves or the descendants of slaves.

In 1881, the British tried to crack down on specific aspects of Carnival, which is a tradition the French had brought over, but it was an important part of the Trinidadian culture. Riots broke out, and the British authorities banned drumming.

So they made new instruments. They used bamboo for a while, but that got banned too. By 1937, they were using frying pans, trash can lids and the lids of steel drums to make music!

Playing these instruments was considered very rebellious. Slowly, however, the stigma disappeared, and the vibrant music and instrument caught on worldwide by the mid-20th century.

The banning of playing steel pans during the early 21st century gave people more time for acoustic experimentation with the emerging steel drum. Material to make drums became abundant via the oil industry and the US naval base. These oil drums eventually replaced other homemade instrument materials as the raw material for pan making. It conveniently provided more area on the face of the pan to produce a chromatic instrument.

After the war, Carnival was reinstated, and with it the famous competitions between steelbands. Since then, the steelpan has become an important element of Trinidadian culture.

And here we are!